Techniques and the facilities where to find them 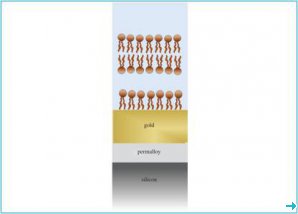 A NMI3 JRA has used neutron reflectrometry to investigate a new method to produce membranes. Click on the figure to read it!

Neutron reflectometry is a scattering technique that aims at characterising the structure of thin films and interfaces between materials at the nanometer scale. The technique provides valuable information for a wide variety of scientific and technological applications including chemical aggregation, polymer and surfactant adsorption, structure of thin film magnetic systems, biological membranes, etc.

When a neutron beam reaches a surface at a very low incidence angle, a condition also called grazing incidence, it is reflected from the surface or interface depending on the neutron scattering length density of the structure.

For a large incident wavelength, the surface behaves as a perfect mirror and totally bounces the incident wave back. At lower wavelength (i.e higher energy), the penetration depth of the neutrons increases and the observed reflectivity then probes the scattering length density profile of the material.

Due to their very weak interaction with matter, the neutrons are able to penetrate large amounts of bulk material before being reflected by an interface. This is one of the main advantages of neutron reflectometry when compared to the analogous X-ray methods and optical elipsometry, which are mostly limited to the study of superficial interfaces or to relatively transparent materials.

Furthermore, isotopic substitution offers the possibility to tune the neutron scattering length density contrast practically without disturbing the chemical and structural properties of the material under investigation. This unique possibility enables to enhace the contrast of a specific region of the sample and make it 'stand out' in the scattering pattern. Isotopic substitution methods are extremely useful for instance for the study of biological interfaces such as cell membranes, which normally present a very low scattering contrast and appear uniform in their natural composition. Replacing the hydrogen atoms of a membrane protein by deuterium on the other hand gives a very clear signature of the molecule position and conformation in the membrane.

Last but not least, reflectometry can exploit the spin polarisation of the neutrons to probe the magnetic structure of the materials under investigation. This has lead to fundamental advances in the field of magnetism science, for instance the understanding of magnetic layering in metallic thin films, a property which is at the root of many recent technological breakthroughs in the recent years.

Neutron reflectometry can be found at:

Up to this point only the specular reflectivity has been discussed: the interface under investigation is observed only as a perfect mirror. Most interfaces are however rough at a nanometric length scale. Similarly to what is observed in everyday life, a rough surface does no longer reflect specularily (as a perfect mirror) but displays an intensity halo around the specular reflection. The characterisation of this diffuse scattering in the case of neutron reflectometry makes it possible to study in detail the surface roughness (be it morphological, due to isotopic heterogenity or even of magnetic character). This parameter is almost always of highest importance for the interface properties: a biological cell will show enhanced growth on rough or patterned surfaces, the optical and magnetic properties of technologycally relevant thin films are controlled by roughness.

In extreme cases, the surface roughness is not random but shows more or less perfectly regular patterns such as waves, ridges, lammellae, islands… In these case the lateral corelations lead to a strongly asymetric scattering pattern which is best studied by the so called Grazing Incidence Neutron Scattering (GISANS) method. GISANS is a special configuration of reflectometry where a non divergent beam is used for the measurement. This low divergence makes it possible to resolve the anistropy of the scattering and characterise surface structures with a length scale which can range from nm to several microns. This huge dynamic range can help to understand the interface physics which do often show behaviours which vary over orders of magnitude of corelation lengths (for instance the hydrodynamic properties at interfaces very largely depend on the length scale of investigation).

Reflectometry is thus a very polyvalent and sensitive tool which finds use in all surface or interface studies. The new developments combining polarisation analysis, off-specular scattering or GISANS and possibly time resolved measurements open new opportunities to a very broad scientific community, ranging from hard matter and magnetism to biology.

GISANS can be found at: