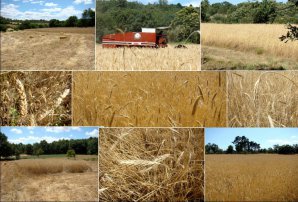 Selenium (Se) is an essential micronutrient for human health, protecting, for example, against cardiovascular disease, asthma, male sterility and certain forms of cancer. Even though it is a common nutrient e.g. in cereals, it is lacking in the diet of at least 1 billion people around the globe. The few available data indicate that Portugal is one of the countries concerned. For this reason, a research project taking place in Portugal aims to assess the levels of Se in the country’s cereals and soils.

Previous experiments to quantify Se in wheat and rye samples using instrumental neutron activation analysis (INAA) at the Technological and Nuclear Campus (CTN-IST) in Lisbon, Portugal were unsuccessful for the analysed matrices. This time, the team of researchers applied a different approach. The team prepared samples of two wheat varieties – a bread-making wheat and durum wheat – and their respective soils from Elvas (Alentejo province), as well as rye from three Portuguese regions. The samples were then analysed in a slightly modified radiochemical neutron activation analysis (RNAA) at the Nuclear Physics Institute in Prague, Czech Republic, thanks to NMI3 funding.

While INAA does not provide the necessary sensitivity for those materials, the results revealed that RNAA is indeed a suitable technique for measuring Se in plants and soils. In fact, this technique makes it possible to detect Se even when its concentration is very low. 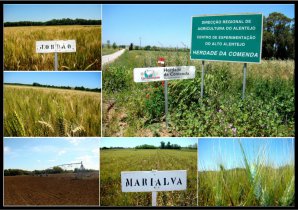 Most of the Se was detected in the organic fractions of both plants and soils; the mineral fractions contained reduced or even undetectable amounts. The only exception to this pattern was the rye straw from Guarda area, in the centre of the country, where the Se value in the mineral fraction was apparently high. Furthermore, the team observed that Se transfer from soil or seed to wheat plants increases as the plants grow through the life cycle.

In the early 80’s, sodium selenite was used by livestock breeders for therapeutic purposes. More recently, Finland and the UK have addressed the issue of Se supplements in agricultural crops. In continuation of that work, the results presented here give important insights into Se levels in Portuguese cereals, opening the way to future supplementation trials in the country.

NMI3 thanks Maria do Carmo Freitas and Catarina Galinha from the Nuclear and Technological Institute (ITN – URSN), Portugal, for reviewing this article.

Maria do Carmo Freitas from ITN – URSN and Catarina Galinha from the Technical University of Lisbon in Portugal received NMI3 support to perform experiments at NPI in the Czech Republic.