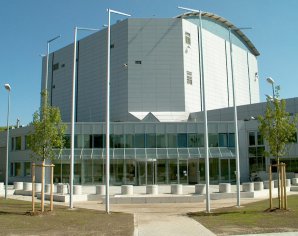 The present call for proposals within the MLZ Rapid Access programme for the following three instruments has been announced:

The MLZ Rapid Access programme is devoted to those measurements, which do not fit into the normal proposal workflow with usually two deadlines and reviews per year, such as, for example, for tuning the preparation process or few samples to complete a series of sample measurements previously done.

In case a Rapid Access proposal is accepted, the user will send the samples to the designated local contact that carries out the proposed experiment and will take care of the sample handling/shipment back to the user. Due to the short duration of the measurements a high degree of standardisation is required and the usage of a complicated sample environment is excluded. It is expected that the measurements will be performed at Standard Ambient Temperature and Pressure (SATP) conditions by using a standard sample holder provided by the local contact. However, upon agreement with the local contact, the use of some simple sample environment equipment can be considered. The main proposer will be provided with the raw experimental data as well as pre-treated data for further analysis.

Proposals submitted after October 4th 2013 will be considered for the next FRM II reactor cycle.

Please do not forget to upload all your experimental reports for experiments performed; to this respect please see more detailed information at
http://www.mlz-garching.de/englisch/user-office/your-visit-at-mlz/home-again.html