The Yamazaki Prize for muon science 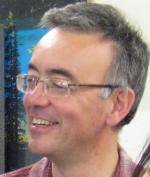 The winner of the 2014 Yamazaki Prize for muon science is Professor Roberto De Renzi.

Roberto De Renzi is Professor of Physics at the University of Parma and is recognised for his sustained and exceptional contributions to the development of the μSR technique to investigate solid-state physics. Roberto began his μSR career at CERN and has been a long-time user of the muon facilities at ISIS and PSI, as well as performing many pioneering NMR experiments at his lab in Parma. His work has made effective bridges between NMR and muon techniques and he is particularly well known for his work in magnetism and superconductivity.

The $3000 prize is made available by the ISMS every three years to any scientist for outstanding, sustained work in μSR science with long-term impact on scientific and/or technical μSR applications. Previous winners of the Yamazaki prize are Y.J. Uemura (2005), E. Morenzoni (2008) and J. Brewer (2011). This year’s prize will be awarded at the International Conference on Muon-Spin Rotation, Relaxation and Resonance that will be held in Grindelwald, Switzerland in June 2014.