Researchers investigated how cholesterol levels influence drug delivery. The results vary depending on the type of drug tested. 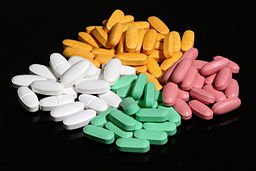 Researchers found that Fenofibrate, a drug used to reduce cholesterol levels in patients at risk of cardiovascular disease, is up to four times easier to deliver when the cholesterol concentration is at the levels of a healthy person than at levels 7-10% lower. They also found that cholesterol levels of a healthy person make it harder for the body to be treated by a number of medicines for other diseases than when the levels are lower.

The team simulated the human intestine of both men and women (the so-called “FASSIF-C”). They then tested how increasing the concentration of cholesterol in in vitro media influences how a number of drugs dissolve in the human bile and the size of particles that can be found therein. To study the intestinal particle structure the team conducted a combination of the complementary methods dynamic light scattering and small-angle neutron scattering. They could thus take advantage of the sensitivity of neutrons to different isotopes. The latter experiments at the Heinz Maier-Leibnitz Zentrum (MLZ) in Germany were funded through the NMI3 Access Programme.

Fenofibrate was the only drug whose delivery was easier with the increase in cholesterol concentration to the levels of healthy people. In two other drugs tested, the opposite happened. Given that these tend to dissolve in the lipids rather than in the cholesterol, when the scientists increased the concentration of cholesterol, this induced a decrease of the solubility of Danazol, a drug used to treat endometriosis. For Griseofulvin, an anti-fungal drug, the solubility was reduced to as much as half. As for Carbamazepine, a drug for epilepsy, the solubility was not affected. They also concluded that the higher the cholesterol concentration, the smaller was the particle size of the vesicles in the media.

This study is an important step in drug delivery studies.

NMI3 thanks Noemi Szekely from the MLZ for reviewing this article.

Experiments at the MLZ in Germany were supported through the NMI3 Access Programme.

This year the school organised by the Helmholtz-Zentrum Geesthacht counted with 61 participants from 9 different countries from all over Europe. Read more.

It is time for a summary of the achievements of this JRA, which aims to develop two promising detector technologies to cope with the high cost and near unavailability of 3He. Read more.