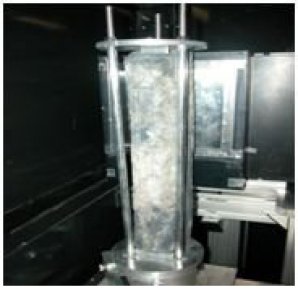 Throughout history, the Mediterranean Sea has been an important route for trade and cultural exchange, in particular between emergent peoples from the regions of Mesopotamian, Egyptian, Phoenician, Carthaginian, Greek or Roman culture, just to name a few. The “UNESCO 2001 Convention on the Protection of the Underwater Cultural Heritage” and the 2004 London Conference “Sustaining Europe's Cultural Heritage: From Research to Policy”, set the basis for a series of acts to support the Cultural Heritage of Europe. In this context´, neutron-based techniques play a fundamental role. Neutrons are very penetrating and therefore ideal for non- invasive investigation of bulk samples, allowing both surfaces and bulk properties to be measured. Between the 2nd century B.C. and the first century A.D. use of lead by the Roman empire grew fast, following the increasing demand for lead for ship-building (military and commercial ships) and for pipe-building to serve the new city needs.

A heavy traffic of ships carrying lead materials, especially ingots used as ballast, took place along the commercial routes of the Mediterranean Sea. Occasionally, some ships sank and their load was lost in sea water for centuries. A careful analysis of the lead ingots recovered from sunken ships can provide information of archaeological interest.

All the ingots show rectangular areas carrying stamped marks which are a combination of characters and images. These marks represent a sort of trademark of great importance for archaeologists, as deciphering the characters and identifying the images could allow one to determine with great accuracy the age and the origin of the find. The systematic mapping of the finds could make it possible to identify ancient trade routes.

In most cases, however, the area containing the marks is completely covered with corrosion products, salt deposits and algae, making it impossible to reach the stamped marks without scraping the surface layers – an invasive operation which one would like to avoid. Experiments performed at the CONRAD instrument of the Helmholtz-Zentrum Berlin (HZB), thanks to funding from NMI3´s Access Programme, clearly demonstrated that the marks can be made visible by neutron tomography without prior manipulation of the ingots. This represents an important progress in cultural heritage studies.

The figures below show preliminary results of a test performed using the above-mentioned instrument at BENSC, HZB. In each of the samples tested, there were three areas: two showed characters and letters, and one a figure. Figures 1, shows the sample mounted on CONRAD while figures 2, 3 and 4 show, on the left, a picture of the area, and on the right, the reconstructed neutron tomographic image.

The inscription MPLANIU (dolphin) RVSSIN, i.e. Marcius Planius Russinius, indicates that the ingots were produced around the year 30 B.C. by a rich family of lead producers, to which Marcius Plinius did belong.