Since the period following the Second World War, the development of gas turbine technology has led to both increased efficiency and higher gas temperatures. It is estimated that future gas turbines will function at temperatures some 200⁰C higher than those of today. The materials currently in use cannot withstand such high temperatures, and there is now a need to investigate new materials capable of resisting both these very severe temperature conditions and the heavy load on modern gas turbines. 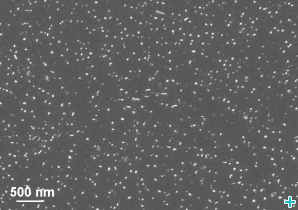 Cobalt-based alloys are routinely used in static components of gas turbines. The group led by Dr Mukherji from the Institute for Materials of the Technical University of Braunschweig in Germany is investigating the structure of cobalt-rhenium-based alloys and their behaviour at high temperatures. These alloys are new for structural applications in gas turbines. By adding rhenium (Re) to cobalt (Co) alloys, it is possible to increase their melting temperature. The group aims to develop alloys whose base metal temperatures can reach 1200⁰C. 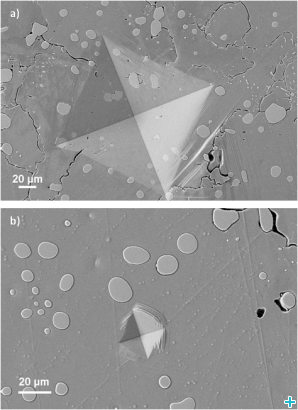 Neutron and X-ray techniques provide ideal tools for studying structural changes in materials in situ at high temperatures. Dr Mukherji’s team has extensively used these tools for characterising Co-Re-Cr alloys. NMI3 has provided support for experiments at the Budapest Neutron Centre to quantify the boron content in Co-Re-Cr-alloys. Complementary measurements were performed at FRMII and at the Engineering Materials Science Beamline at the Helmholtz-Zentrum Geesthacht outstation at the Deutsches Elektronen-Synchrotron in Germany.
The aim was to investigate the effect of boron doping in Co-Re alloys and the stabilities of the fine tantalum carbide (TaC) precipitates at high temperatures. The group observed that a fine dispersion of TaC precipitates strengthens some Co-Re alloys. These precipitates remain generally stable when exposed to high temperatures.

Looking to the future

Experiments with neutron and synchrotron probes are therefore providing fundamental information in understanding the Co-Re-Cr system. These techniques have helped the researchers observe microstructural involution at high temperatures. Although further research will still be necessary before a technical alloy becomes available for structural applications in turbines, the future looks promising!

NMI3 thanks Dr Mukherji from the Institute for Materials of the Technical University of Braunschweig in Germany for reviewing this article.

Debashis Mukherji from TUB in Germany has received NMI3 support to perform experiments at the Budapest Neutron Centre in Hungary.