The Helium crisis is far from over

In a short news article in its April edition, the German monthly journal Physikalische Blätter states that the Helium crisis is over. NMI3 replies. 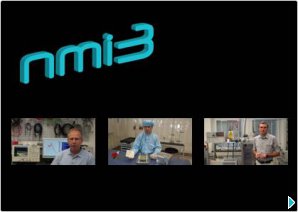 Click to watch the HZB detectors team explain their work!

According to the author of the Physikalische Blätter, who seems to be describing the situation from a US perspective, but neglecting the fact that the situation is completely different for non-US researchers, “supplies of Helium seem to be assured for the coming years”. He goes on stating that “Furthermore, use of alternative substances, e.g., boron-triflourid, in radiation detectors [can be] pursued” and concludes that “the US can count on a steady supply of helium 3 of at least 25,000 litres per year, at a price of approximately $ 1,500 per litre.”

These statements are wrong and misleading. What the US has succeeded in doing is setting up a body that will control and allocate Helium resources to users, including the Helium-guzzling nuclear detectors at its borders and research institutions. But the US Department Of Energy (DOE) is not in any away, today, capable of providing 25000 litres per year to its users.

According to an article published in Physics Today, the US can provide, using its stockpile of Helium from nuclear warheads, an estimated 8000 to 10000 liters of Helium-3 per year. With the American Helium-3 consumption estimated at 13000 to 15000 litres per year, this situation will result in a deficit of 5000 litres per year. And this leaves nothing for non-US users who used to buy the gas from the DOE.

Apart from the DOE, the main provider of Helium-3 to non-US users has been Russia and no one knows how much of the gas can still be extracted from Russia´s disused nuclear warheads. The price of Helium-3 in Europe is currently so high that it is prohibitive for most research facilities using medium to large neutron detectors.

Boron-triflourid (BF3) is not going to replace Helium-3 in Neutron detectors, because of its intrinsically lower efficiency and its high toxicity. BF3 is only considered a potential short term solution for some specific applications.

And finally, the article fails to mention the huge efforts that are being done worldwide to try and find alternatives to Helium-3. Well-aware that the situation is doomed, researchers have been teaming up to develop alternatives for use in neutron detectors, such as scintillator technologies or detectors based on solid 10-Boron converters. However, it will take time before these new technologies become as cheap and as efficient as Helium-3 was in the past.

NMI3 supports a European collaboration to develop an atmospheric plasma deposition system to produce Boron-10 layers. You can read the article and watch our video here!

A team in CEA Saclay is working on a new detector that uses boron-10 instead of helium-3. You can read the article here .

As part of the NMI3-II Detectors JRA, scientists at the BNC explore alternatives to 3He so that neutron detectors can become more efficient and provide better data. You can read the article here .