140 scientists met in Copenhagen for the NMI3 and SINE2020 meetings 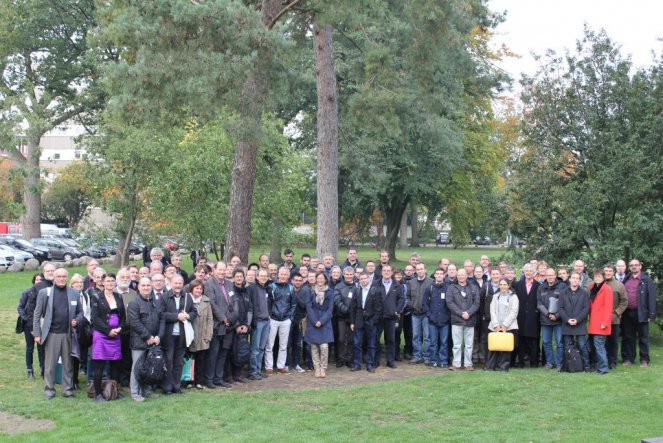 Participants at the NMI3 final GA 2015

Given that the NMI3-II project will finish in beginning of 2016, it was time to hold the final General Assembly in October. The meeting counted with 140 people who travelled to the Niels Bohr Institute in Copenhagen for a 3-day meeting comprising both the NMI3-II final GA and the kick-off meeting of the new project SINE2020.

Achievements of the Joint Research Activities

On the first day the members of each NMI3 work-package met to discuss the final results and planning for the project’s final months. The NMI3 General Assembly was held on the second day, October 15th. To start the day, Mark Johnson, the project coordinator, gave us an overview of the project, its objectives as well as main achievements. As we could see from the talks that followed, very interesting work was conducted within the NMI3 Joint Research Activities (JRAs), with most of it delivered timely. 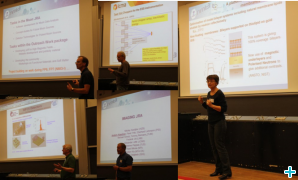 Presenters of the JRAs at the GA.

The project’s JRAs presented were the following. You can find further information about the work conducted on our website: 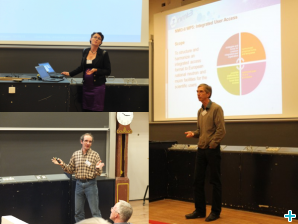 Presenters of networking activities at the GA.

Before lunch it was time for presentations on the NMI3 Networking Activities which are coordinated by Jürgen Neuhaus. These are trans-facility collaborations aiming to make using neutrons an easier and more fruitful experience.

The Networking Activities focus on the following: 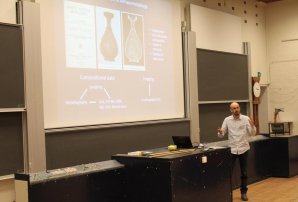 NMI3 supports access of scientists to the European neutron and muon facilities. The session started with Stefan Janssen giving an overview of the successful Access Programme with useful stats that illustrated the importance of providing access to the facilities, and new ideas for a possible future programme. Over the first 2/3 of the project 1800 beamline days were provided to 850 scientists coming from most European countries.

Afterwards we could listen to two scientists who have actually benefited from the access programme. The first one was Juri Agresti from the Institute of Applied Physics “Nello Carrara” in Italy who conducted neutron experiments in Berlin to analyse Egyptian bronze figurines. The second scientific highlight was presented by Francis Pratt from ISIS who discovered evidence for odd-frequency pairing in a quasi-1D superconductor thanks to NMI3 support. 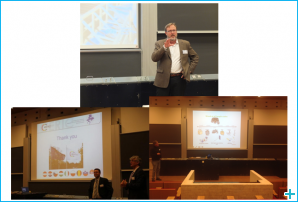 Speakers of the RIs session.

Most of the speakers of the session that followed were not directly involved in the project, but are actively involved in Research Infrastructures (RIs).

Caterina Petrillo from the University of Perugia offered us an overview of the European neutron landscape with regards to the facilities currently running as well as how this landscape is changing.

Her presentation was followed by Matthias Girod from the CERIC–ERIC Trieste who explained us the governance, structure and function of a distributed ERIC.

Lund is a Swedish city located at a short train ride from Copenhagen and the place of two world leading and highly complementary large scale infrastructures. We were lucky to have them both represented at the NMI3 GA.

Jim Yeck, CEO of the European Spallation Source (ESS), told us about the planning of the future ESS and how European collaboration contributed to move the project forward. From MAX IV light source, Tomas Lundqvist explained us how this national facility supports an international user community.

The kick-off meeting of the new project SINE2020 took place on the last day, October 16th. SINE2020: world-class Science and Innovation with Neutrons in Europe is a EU-funded project with 18 members that started in beginning of October this year and will last four years. SINE2020 is coordinated by Mark Johnson who started the day by giving an overview of the project.

Innovation as driving force for RIs under H2020 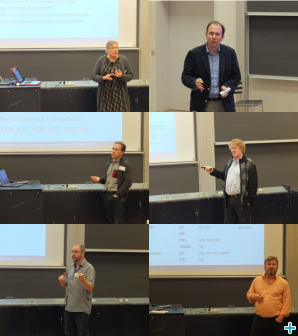 Speakers at the SINE2020 kick-off meeting.

The first session provided a good insight into the reasoning behind the construction of large research campuses in Europe. The first talk was on the Swedish RIs and the Science Village in Lund by Colin Carlile. He was followed by Helmut Schober who told us about the EPN Campus and GIANT in Grenoble.

Thereafter we had two speakers from the industrial world who shared their experience on working with RIs. Anna Stenstam from Colloidal Resources told us about bridging between Industry and RIs, and Alfons Molenbroek from Haldor Topsoe told us about the industrial use of X-rays and neutrons and his experience with the Industry Advisory Board within the NMI3 and CALIPSO industry activities.

After all the members of the SINE2020 work-packages met to discuss the planning for the next months, the coordinators of each WP gave an overview of the aims, tasks and work to be conducted over the next 4 years.

The SINE2020 WPs are the following, and you will see be able to learn more about them on sine2020.eu:

The NMI3 members still have some work ahead until end of January 2016, and the SINE2020 members have plenty to work on for the next four years. The time spent in Copenhagen was definitely a good opportunity for an update, as well as to share experiences and ideas, so that work can progress smoothly.

Presentations on the internal pages (available only to NMI3 members).

Colin Carlile presentation on the Swedish RIs and the Science Village in Lund. © M. Blaauw, RID.

Helmut Schober on the EPN Campus and GIANT in Grenoble. © M. Blaauw, RID.

Jim Yeck presentation on the ESS.

For more pictures please go to our Picture Gallery .