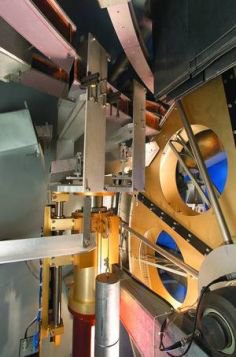 Slow neutrons, or thermal neutrons, are neutrons that are slowed down by a moderator until they approach the average kinetic energy of the surrounding particles. They are used in a large number of experiments to study the physics of particles and their fundamental interactions as well as their underlying symmetries. Some of these experiments search for manifestations of “new physics” in order to verify or exclude theories leading beyond the present Standard Model of particle physics.

Other experiments provide high precision data for standard-model parameters on the first generation of elementary particles. They also serve as input for work in other fields like cosmology, astrophysics or neutrino physics. Finally, there is a large number of experiments on the foundations of quantum mechanics, mostly in the field of neutron optics.

The neutron itself is an object of study: for example its exact weight, lifetime, gravitational mass and dipole moment are still being determined. Ultra-cold neutrons are particularly useful to study these characteristics.

Ultra-cold neutrons are free neutrons which can be stored in traps made from certain materials. Neutrons are totally reflected by material surfaces. This means that they can be confined in ´boxes´ such as material neutron bottle or magnetic traps, thus allowing researchers to conserve them during a longer period of time, which greatly facilitates measurements.