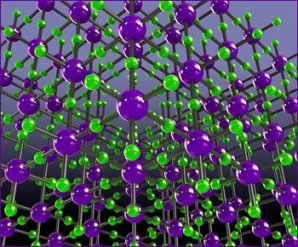 Nanotechnology is the engineering of functional systems at the molecular, or nano-scale -from 1 to 100 nm. Novel, high performance composite materials and devices that are organised at the nano-scale are being developed for applications in areas such as healthcare, information processing, energy, and the environment.

Both x-rays and neutrons cover all the length scales from the Angstrom scale of the atomic structure of individual building blocks to the configuration of assembled, functional structures, making them essential tools for the elucidation of nanostructures.

Neutrons, however, have some built-in advantages compared to X-rays; namely their spin, mass, and the strong scattering cross section for the hydrogen isotope deuterium.

In neutron reflectometry (NR) experiments, the neutron spin is used to study thin films or planar interfaces; such as magnetic effects in ultrathin films used in storage or spintronics applications for example. In these cases, NR can help to determine magnetic moments in monolayers and coupled layers. Due to the high sensitivity towards hydrogen, NR is also employed to study biointerfaces such as lipid bilayers. It can reveal minute structural changes in the lipid bilayer in response to protein binding. These experiments aim to reveal the molecular mechanisms occurring at the nm scale.

An even more ambitious challenge is to understand cellular contacts at nanostructured interfaces, which may allow to improve implant technology for example.

Other applications of neutrons to nanotechnology from the soft matter world include plastic electronics, in particular solar cells and sensors. Here, interface morphology is key for optimising efficiency.

Small angle neutron scattering (SANS), on the other hand, is a non-destructive method ideal for the study of nanoparticles, such metal nanoparticles, or proteins. SANS is used to study polymer chains growing or aggregation on nanoparticles and polymer/nanoparticle interaction, for application in materials science or medicine such as drug delivery or contrast imaging. SANS can also be used to analyse the aggregation of nanoparticles, for example protein aggregation, which is a phenomenon related to neurodegenerative diseases.

NR and SANS have been combined in a technique called grazing incidence SANS or GISANS. Here, structural correlations at interfaces are studied, for example the phase separation of two polymers as in organic solar cells or protein aggregation at membranes.

For more information you can watch the Neutrons and Nanoscience video by Backstage Science.