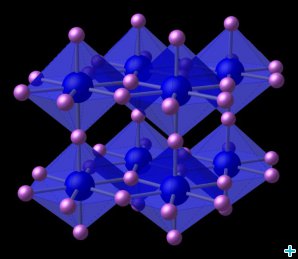 The properties of materials, such as metals, ceramic, stone but also new materials such as superconductors, new fibers, magnets, are largely determined by their structure on the atomic scale, or nanostructure.

Therefore, neutron scattering is an important tool for the provision of structural information on the atomic scale and for the understanding of dynamical properties of solids and liquids.

Because of its sustained success in providing unique answers to materials science problems, neutron scattering has become increasingly popular among materials scientists and likewise engineers. It will play a key role in the development of new energy sources and the reduction of pollution, for example.

To study materials, large crystal monochromators are used, to select a particular neutron wavelength, just as light can be separated using a prism.

The material to be studied is placed in this monochromatic neutron beam, and the scattered neutrons are collected on a large 2D detector.

The sample can be a liquid, a bunch of fibres, a crystal or polycrystal. By measuring the intensities and positions of the scattered neutron spots we can deduce their atomic structure.

A simple method called powder diffraction consists in placing a polycrystaline lump of material, ground to a powder, is placed in the beam of neutrons. The neutrons are scattered at specific angles, corresponding to the spacing between atomic planes. By measuring these angles and intensities the atomic structure of the material can be deduced.

New types of detectors, such as the ones being developed by our Detectors Joint Research Activity, will allow to increase the number of detected neutrons and to reduce the waste of neutrons seen in today´s small detectors.

Contrast variation, whereby an atom is replaced by an isotope with different scattering-power, can also be used to obtain more data. Inelastic scattering, whereby the change in neutron energy is measured as well, can give information about vibrations or excitations in the sample. Neutron Activation Analysis is a a very sensitive method used to determine the concentration of elements in materials.